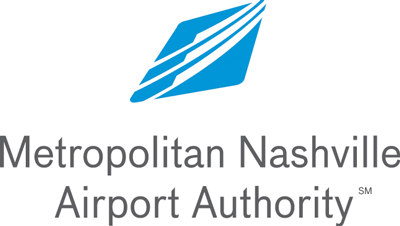 Leap gave me a way to shape Lean Six Sigma to the size and culture of our organization. As a result we gained faster acceptance by our leaders and employees. It's a great marriage of methods.

Lean Six Sigma is the corporate standard when it comes to large-scale process improvement methods. However, deploying Lean Six Sigma in mid-sized and smaller organizations can be daunting given the requirement for additional staffing and extensive training. Read how one of the fastest growing mid-sized airports in the nation used an innovative approach to engage its top leaders in adopting a fast, effective and highly affordable path for Lean Six Sigma deployment.

Matwijec, armed with knowledge and experience gained from deploying Lean Six Sigma at other companies, knew he had his work cut out for him. MNAA, like most U.S. airport authorities, is a complex organization that serves multiple customers (traveling public, airlines, concession vendors, government authorities and more). The organization is responsible for managing a wide array of services including safety and security, maintenance, parking, retail management and others. Yet MNAA's modest-sized workforce (around 350 employees) and budget limitations made it impractical to staff up with full-time Black Belts and pull managers and employees from their daily responsibilities for lengthy training classes as part of a conventional Lean Six Sigma deployment.

I was concerned that without strong, upfront leadership alignment along with effective resource planning and commitment to execute, Lean Six Sigma would quickly become just another item on an already overloaded management agenda.

Matwijec said, "I was concerned that without strong, upfront leadership alignment along with effective resource planning and commitment to execute, Lean Six Sigma would quickly become just another item on an already overloaded management agenda."

Engaging Leaders Where it Counts

Reflecting the busy schedules of the executive staff, an eight-hour Leadership Jumpstart event was facilitated over two half-day work sessions by a Leap Coach. After a simulation-based briefing on the basics of Lean Six Sigma (along with a review of the pitfalls and pathways to successful deployment) the leadership team quickly went to work identifying process improvement opportunities linked to MNAA's strategic plan. Using simple-but-effective tools built into the Leadership Jumpstart Toolkit, the team prioritized improvement opportunities and matched priority improvements to the type of Lean Six Sigma tools and resources needed to drive effective results.

Matching improvement opportunities to improvement methods is a key innovation in Leadership Jumpstart. The approach helps leaders avoid the "one-size-fits-all" trap when deploying Lean Six Sigma. Using a unique "4-Box" project-planning tool, leadership teams determine both the best tools and the best type of team composition required for the complexity and scope of each priority improvement opportunity.

MNAA's Leadership Jumpstart event produced a 90-day Rapid Lean Six Sigma Campaign that took fast action on process improvement opportunities while effectively managing the limited time available from managers and employees alike. Rather than launch a wave of 10 to 12 Belt projects to be completed over eight to nine months (a typical Lean Six Sigma deployment model), MNAA's rapid deployment plan called for a smaller number of projects to be launched, for completion within 90 days.

The first Rapid Lean Six Sigma Campaign got off to a fast start with three Green Belt projects targeted at urgent operating performance problems; one Black Belt project focused on a complex process redesign opportunity; and, two "Just Do It" leadership decision projects. Leadership Decision projects are a key element in the Jumpstart approach, offering a fast-yet-disciplined method for clearing the path of problems through decisive leadership action (typically a simple decision and clear communication with those impacted).

By focusing their resources and not overloading the organization, MNAA completed their initial Lean Six Sigma projects within 90 days, pulling financial benefits and learning forward. For example, one Rapid Action project (MNAA's Green Belt project approach built on Leap's learn-as-you-improve small team method) took on the challenge of improving the convenience of the airport's valet parking. The team succeeded in redesigning the service to better meet customer expectations and added over $300,000 in annual parking revenue as a result.

In the two years following the initial Rapid Lean Six Sigma Campaign, MNAA launched three more campaigns resulting in 23 completed projects, each using the appropriate level of Lean Six Sigma for the problem while avoiding the resource "over-kill or under-investment" trap. It's a prescription that Leap refers to as the "DNA of Faster Improvement" that accelerates results on any organization-wide improvement initiative.

Explore how Rapid Action could work for you...

Matwijec has continued to utilize the discipline of the Leadership Jumpstart approach to maintain momentum and install Lean Six Sigma into MNAA leadership team's routine agenda. The benefits are evident in both the volume of completed process improvement projects and the development of Lean Six Sigma skills and knowledge across the organization on a "learn-as-you-improve" basis.

Jumpstart gave me a way to shape Lean Six Sigma to the size and culture of our organization. As a result we gained faster acceptance by our leaders and employees. It's a great marriage of methods.

Reflecting on the choice to employ Leadership Jumpstart to ensure effective Lean Six Sigma deployment, Matwijec said, "Jumpstart gave me a way to shape Lean Six Sigma to the size and culture of our organization. As a result we gained faster acceptance by our leaders and employees. It's a great marriage of methods."

Rapid Action's powerful toolkit has helped hundreds of organizations achieve measurable results in less than 60 days while getting their team members engaged in long-term improvements. Download a Rapid Action Project Planner and see where you could be in 60 days!
Start Planning Your Project